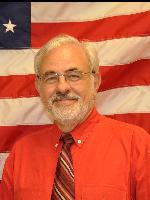 David Hamilton has been a licensed lawyer in Texas for over 30 years, spending most of that time in private practice. Since July 2002, Mr. Hamilton has served as City Attorney for City of Reno, Lamar County. Mr. Hamilton began his career as a law enforcement officer, while attending undergraduate and law school at Texas Tech University. He holds the Advanced Law Enforcement License, as well as the Instructor’s Certification from the Texas Commission on Law Enforcement Officer Standards Education. After law school, Mr. Hamilton served as a briefing attorney for the Court of Criminal Appeals in Austin, then began his legal career, which has included five years as a felony prosecutor. A member of the National Order of Barristers, Mr. Hamilton has participated in every type of criminal case, from traffic tickets to capital murder. In addition to his faculty duties with TMCEC, Mr. Hamilton is a member of the State Bar Committee on Child Abuse and Neglect. Born in Lubbock, Mr. Hamilton’s published articles include "Multiple Personality Disorder: Competency and the Insanity Defense" and "Expert Witness Testimony."